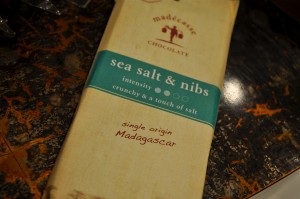 In celebration of Earth Day on Thursday, April 22nd, we invite our customers to bring in their own bag and receive 10% off their purchase. Every little bit counts! 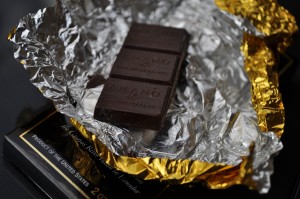 Have you heard of a local project called Eat Local First? It is a very cool idea, and we are supporting it this year by putting some of our products in their distribution center. This means that you can get local chocolate delivered along with local fruits and vegetables! A few of our products now show up in their catalog. If you are interested in the local food economy, check out Eat Local First, and learn more. The order desk opens today!

We are looking for two new part-timers at the shop. If you are interested in interviewing for these positions, please send your resume and a cover letter to info@kerstinschocolates.com (and PLEASE list contact info for your references in your resume.)

Attention to detail and a passion for quality is a must. Candidates must be eager to learn how to work with chocolate. Culinary experience a plus. 2-3 days/week max, approximately 15-20 hours/week. Starting May 15th.

At least we had some warm weather over the long weekend, but obviously spring is more elusive than many of us thought. In the mean time, we’ve got some perfect treats to last you until the warm weather re-appears. 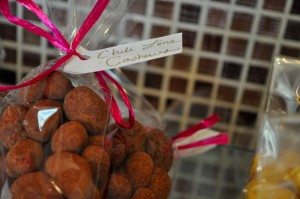 We had some fun new Claudio Corallo selections arrive in the Shop this past week. More of the chocolate dipped coffee beans have come in, as well as two new items – chocolate covered ginger and pear infused raisins dipped in chocolate. Also, Corallo’s Seattle store opened in December, so be sure to check it out if you’re in the area. You can read an article on their Shop, and all their fun offerings here.

Chai Spiced Walnuts, Chili Lime Cashews, and chocolate dipped lemon peels are also out in the Shop, as well as new Kusmi Tea flavours, including one green tea with rose petals… fresh enough to remind of the warm weather to come, but still soothing enough to sip on a cool, windy, April day.

And of course, if you stop by the Shop, we are always happy to make you a warm cup of drinking chocolate.

Enjoy your weekend, and keep warm!

We’ve added a new tasting on Wednesday, April 28th, that will feature 10 different milk and dark chocolates. As always, the essential bit of history and information on T. cacao will be included.

In addition to tastings, we still have one spot left in our April 11th Chocolate Making Class, and we’ve added a new session for May 25th. Tempering and ganache will be covered, and best of all, you get to create your very own confections to take home and enjoy!